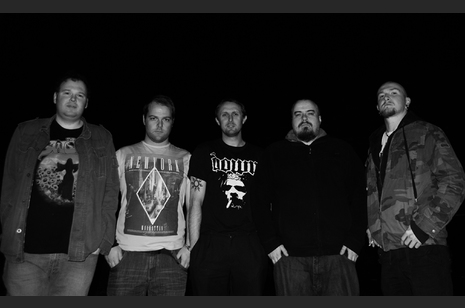 Triverse Massacre was born on April 20th 2010 on the grim biscuit odoured streets in the northern city Carlisle. We're a 5 piece death/groove metal band with other heavy musical influences. We’ve played shows around the north of England and Scotland we are continuing to bring our onslaught of live shows around as much of the UK as inhumanly possible.

Our debut E.P. "In The Jaws Of Deceit" was released to a great response  within the metal community and its follow up  "With Bared Teeth and Truths" 4 slabs of abrasive metal, which is best described by the mighty No Clean Singing website as "like standing naked in a hurricane, or diving head-first into a nest of pissed-off hornets". We are currently in the midst of preparing our next release due late 2016.

With wide ranging support slots for genre-destroying bands like Aliases, The Sun Explodes, The Colour Line. UK thrashers Reign Of Fury & Anihilated, as well as the heavy as all hell Meta-stasis, Foetal Juice & Scordatura.

Triverse Massacre are relentlessly moving forward and leaving nothing standing in our wake.  T.M. 2016

We are delighted to be playing the mighty Bloodstock festival this year. A place we’ve all attending many times before even when it was an indoor festival. Its an incredible honour to play alongside such amazing bands and we cant wait to bring our own brand of death metal to the show.