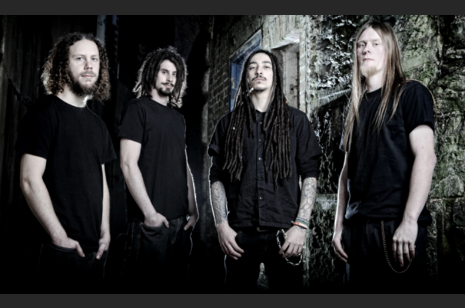 Cambion have been making a name for themselves in the metal world since forming in 2009. A lot's happened since the beginning, their unique sound quickly evolved into something to be praised by the metal world. With their technical, heavy, groovy, and melodic breed of metal, there's something for everybody.

Their first EP, City Of Ember released in October 2010 saw the band go on tour with Fozzy along with various other UK shows, and their appearance at WizzFest in Belgium. In 2011 Cambion released their 2nd EP, Last Rites which was really the turning point for the band. The EP was received extremely well by metal fans across the UK, along with their music video "Death March". With new fans gained across boarders, they released their 3rd EP, Virus in 2012, which won the "Best New EP" with the "TBFM Music Industry Awards". Cambion toured Virus extensively across the UK and Europe over the next few years, being featured in magazines such as Metal Hammer, and Terrorizer. Notably playing at TechFest in the UK, Euro Blast in Germany, alongside the likes of Meshuggah and Monuments.

The band played at bloodstock in 2012 just after the release, and again in 2014 which saw the Virus Extended Edition enter the world with two new tracks, both of which can be seen as music videos "Heterodox" and "Mechanics of Extinction". Heterodox won the Best Music Video Award of 2015.
Cambion are currently working on their debut album hopefully to be released in 2016. Their current lineup, is strong, powerful, and hitting stages hard!
"We first played bloodstock in 2012, after winning our M2TM final, we have since had the honor of playing the Sophie Stage in 2014.  Now thanks to the ongoing support and faith of not only, the best UK festival out there, but everyone of our fans as well, we have the pleasure of opening the main stage for some of our idols and biggest names in metal.
Truly a dream come true, we thank you Bloodstock!”