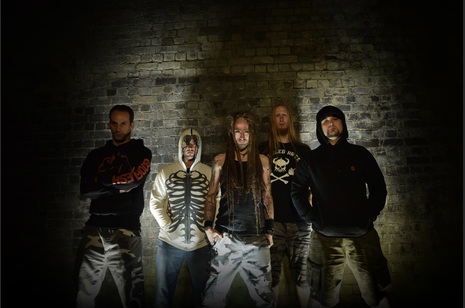 Since the release of their current EP, 'Take The Fall', (September 2015) newly crowned Northamptonshire Metal 2 The Masses 2016 winners, Black Ink Sun have fast become a recognised and respected name on the metal circuit.

Their latest release marked a critical new chapter in the bands progression with the debut of enigmatic new frontman, Jamie, whose scathing lyrics and desolate depictions completed the potent metal formula and brought a new life into the beast. The EP was met with solid reviews across the board from the blogging community and word spread rapidly about the quality of the live shows. The title track graced the covermount CD of Terrorizer magazine (#269).
Within less than 6 months, Take The Fall saw the band go from relatively unknown local act to a solid headliner that could be depended on to deliver the goods live and please a crowd.

The payoff for the relentless midlands based outfit comes in the form of winning a slot to play on the prestigious New Blood stage at Bloodstock Festival 2016, and considering the momentum they have built up in such a short span of time, the band are more than ready to step up to gauntlet and make 2016 their year.
“Black Ink Sun are honoured to have been chosen to play at Bloodstock Open Air 2016! Many of our members and fans are already regular patrons of the festival and it has been my personal dream to play on that stage since joining! We couldn't have been given a better opportunity to extend our reach to a bigger audience and expand our loyal following”