Band Profile for AFTER THE ABDUCTION - boa-2016 | Bloodstock 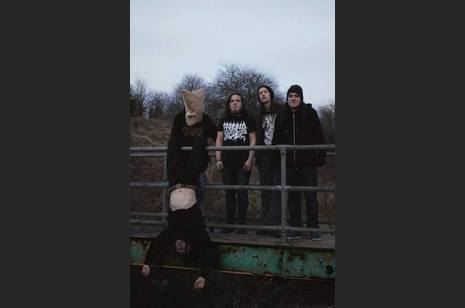 We are a Manchester based Death Metal band forming a complete line up in 2015. Our first gig being 19th June, 2015 in Oldham. We have since been gigging wherever we can to gain a stronger fanbase doing a total of 38 gigs in 6 months. In the short period of time we have been around we have hit Manchester, Wigan, Oldham, Leeds, Burnley, Liverpool, Macclessfield, Bolton, Northiwich and Wakefield and have come across many very talented and great musicians.

The band is experienced as we have all had different projects from a young age. We have appeared at many All day  events and had many festival appearances. We have recently been asked to support Nekrogoblikon and sold out all our tickets. With band members playing with artists such as Aborted and Soulfly and festivals like Bloodstock, we can tell you with great confidence that we are experienced.

The beginning of 2016 has shown the band how far we have come in such little time. With the release of our demo 'Disgorging What Was Digested' and the big news of a festival appearance towards the end of 2016, this year is looking great for us. We also look forward to release of our upcoming album.
Influences - Dying Fetus, Necrophagist, Nile, Decapitated, Ingested, Behemoth, Cerebral Bore, Cattle Decapitation.

In the meantime, keep up to date with our facebook page and check out our youtube channel!

Absolutely buzzing to be playing Bloodstock Festival 2016! It means a lot to us and will help us pick our feet up off the ground! As regular Bloodstock goers, knowing that we will be playing this year is just crazy! We would like to thank all the people that have supported us from the beginning, and the new fans and band mates we have gained!