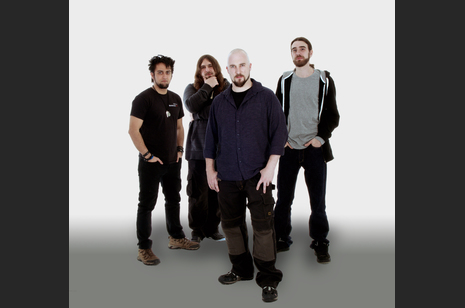 Ramage Inc was formed in 2004 by Bryan Ramage as an outlet for his creative ideas that didn’t quite fit any of his current projects at the time.

After releasing the 2007 “Screaming Melodies” EP, the current lineup of Bryan Ramage on Guitar and Vocals, Allan “Hef” Forsyth on second Guitar, Paul “ Hammy” Hameed on drums and Marcin Buczek on bass was formed in order to bring the band to it's current format.

Fast forward to 2013 and the band releases it’s “Feel The Waves” album to critical acclaim and widely positive response. The band progressed to regular gigging around the UK and beyond, taking them as far afield as Poland and The Netherlands.

After touring the “Feel The Waves” album extensively the band chose to take some time out in 2014 to construct their own bespoke recording facility with the goal of completing a second album.

With the 2015 release of their second full length album “Earth Shaker” the band has continued the development of their melodic yet heavy sound.

Beginning 2016 with several high profile shows, including support slots for acts such as the mighty Amorphis, Textures and Cambion to name but a few, the band has focused on honing the finest live performance possible to correctly articulate the nuance of Ramage’s compositions to attentive audiences worldwide."

Bloodstock is well renowned for supporting unsigned and “next generation” talent.

We are proud to have been selected to take part in this celebration of heavy music and to be a part of this collective proof that metal is fully alive and still kicking more ass than ever!