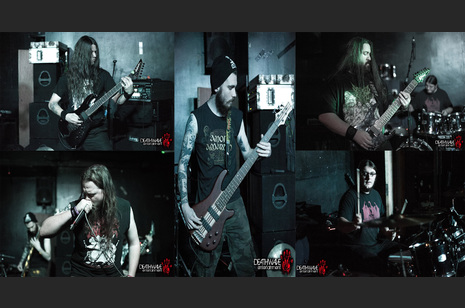 Exhumation are a Death Metal band from Merseyside Formed in 2013. They are starting to gain traction in the UK death metal scene and have an EP out soon called ‘Sin of Skin’ featuring 4 unrelenting tracks that will whip you into a frenzy, Exhumation mix all the variants of extreme metal with black, thrash and brutal death metal into one pot.

For fans of: Decapitated, Dying Fetus, Aborted, Psycroptic and Cannibal Corpse to name a few.

We’re absolutely amazed that we won the Liverpool Metal 2 the Masses 2016 as the band got knocked out at the semifinal in the 2015 Liverpool M2TM.   It’s unbelievable that were on the same bill as the likes of Behemoth, Fear Factory, Slayer, Gojira and Satyricon and we cannot wait to flatten the new blood stage. See you all there!