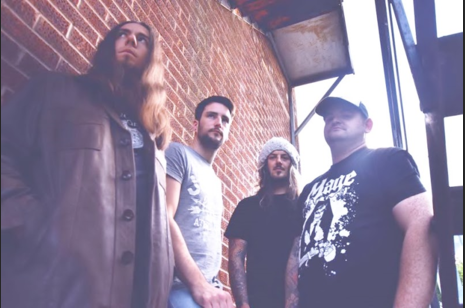 Garganjua are a 4-piece doom band from the east midlands. Formed in 2013 Garganjua have quickly established themselves a reputation as a solid, heavy and reliable band on the live circuit.

Born out of love for all things tuned low and played slow, Garganjua started out as just something to do on a Thursday night but it quickly took on more of an identity when we started focusing on song writing and played our first gig.

In April 2014 Garganjua travelled to Wales to the legendary Foel Studios to record our first EP. Whilst recording, studio owner and former Hawkwind bass player, Dave Henderson sat in on one of our sessions and commented on how he though our sound would “FREAK PEOPLE OUT”.

Our debut EP, 'Trip Wizard', received positive reviews from all over the globe, getting radio air play in America and Australia which has help secure us a number of gigs at O2 Academy venues and bigger club shows supporting Pallbearer, Conan, Samothrace and Bast to name a few. It was also released on limited edition cassette through UK doom label, Cosmic Tomb. They have now sold out.

Out debut EP can be streamed via our bandcamp: Garganjua.bandcamp.com

The bands style has developed and changed significantly since the first release and we have now been compared to bands such as Yob, Pallbearer and Ahab.

'A Voyage in Solitude' was released digitally through Black Bow Records and Physically through Hibernacula Records.

We are delighted to be playing Bloodstock 2016! The Metal 2 The Masses in Leicester was so strong from start to finish that we were genuinely surprised to find ourselves in the final, let alone be included on the New Blood Stage for this years festival.

We look forward to bringing our brand of epic, melodic doom to Catton Hall this August.