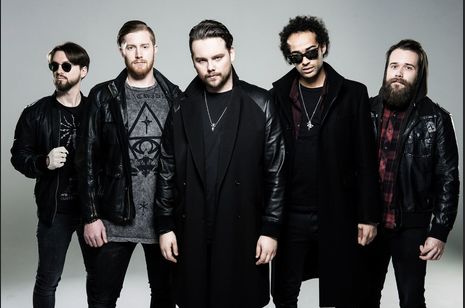 Brutai really hit things off in 2013 upon the release of their self-titled EP. This was what gained them some real recognition. The past 2 years has seen the band play the likes of Bloodstock, UK Tech Metal Fest, Euroblast and support bands such as As Lions, Xerath, Ne Obliviscaris, Monuments, Textures and more.

Felix Lawrie, Henry Ryan and Alex Lorimer (who was an unofficial member of Brutai, hiding behind his stage fright until only last year), have recently recruited French drummer Mathieu Bauer (Le Duc), and Reading based Christian Sturgess; bass aficionado, to complete their fresh line-up ready to rock 2016 with their forthcoming debut full length album ‘BORN’, due for a summer 2016 release.

Brutai’s influence range from modern metal, progressive metal, and includes elements of pop music that is inherent from their family backgrounds.The main members of the band were nurtured and bred in a pop music background, but during Felix, Alex, and Henry’s teenage tryst, they formed the modern metal band 'Brutai' and defied their upbringing.

"Bloodstock is one of the finest metal festivals this planet has to offer and we are absolutely thrilled to be invited to come and play again! In 2014 Brutai played the New Blood Stage and we were on the back of our debut EP release. Now it's 2016, we have our album finished and have done a lot of growing and evolving musically in the past two years. We're coming to show the Sophie Stage Brutai 2.0!"