Band Profile for I SAW THE WORLD BURN - boa-2016 | Bloodstock 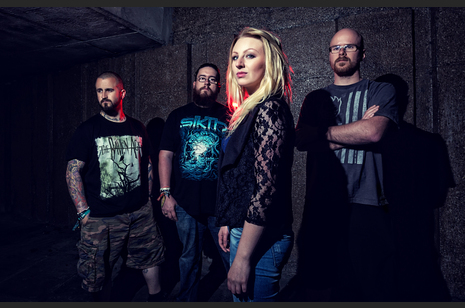 A four piece metal band from the Midlands is where the normality ends. This is a brutal, riff laden thrash groove machine that knows no boundaries. After releasing their debut self-titled EP in 2015, which was well received with highly commended reviews in print and online, I Saw The World Burn are preparing for their upcoming studio sessions for the eagerly anticipated 2016 release.

ISTWB are making waves in the metal scene and are ready to shake it up with their uncompromising approach with ferocious vocals from the unimitable Katie Cairns and the deliciously brutal grooves brought to the fore by Ian Deaville on guitar and Don Jackson-Wyatt on the bass with the unit made complete by the powerhouse behind the drums, Graeme Williams.

For I Saw The World Burn to be playing at the Best UK Festival alongside some of the most iconic bands in metal is something we have worked really hard for and we are so excited its happening!

The Hobgoblin New Blood Stage is renowned as being a platform for upcoming bands to showcase their talents and turn some heads and we can not wait to step out there and give it our all.

Massive thanks to Simon Hall and his team for inviting us to play and we shall see you all at BOA!