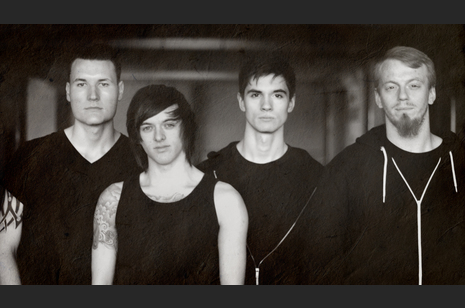 HUSK are a groove-laden machine of infectious riffs and blistering technical savagery. Formed in 2012, the Wolverhampton four piece have quickly grown in popularity, with the mantra to sonically devastate the foundations of each venue they unleash their unique death-grooves upon. After winning the Wolverhampton Battle of the Bands in 2014, they moved on to play several major support slots including Turisas, Sylosis and Soulfly on their UK tour dates at the Slade Rooms. And as part of their support slot with Heart of a Coward in 2015, the band released their highly anticipated EP, ‘Plague Of Man’. Heavily inspired by the likes of Gojira, Lamb of God, and Unearth, HUSK mix brutal guitar hooks, with an uncompromising live show to be reckoned with.

We couldn't be more honoured to be a part of Bloodstock Festival! To be on the same event line up as many of the bands that inspired us to start HUSK in the first place is just incredible. It's a testimony to Bloodstock's unique dedication to the underground metal scene. Metal to the Masses not only gives an amazing opportunity to unsigned bands, but it also pushes those bands involved to really work hard, develop their abilities, and to craft their stage show. We're buzzing for the festival now, and cannot wait to play the New Blood Stage!