Band Profile for HEART OF A COWARD - boa-2016 | Bloodstock 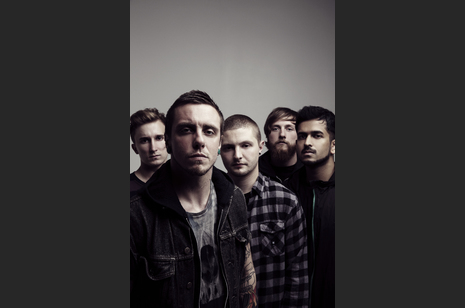 Ex-Sylosis frontman Jamie Graham has hooked up with the fast-rising British groove metal outfit Heart of a Coward as their new vocalist.
Metalcore band from Milton Keynes, United Kingdom
Representatives of the band offered this statement:

"This is an exciting time to bring in a well trained and experienced new vocalist, Jamie has brought so many new ideas to the table which will see the album reach new levels and excite all of our fans plus many more new ones to come! The band feel more like a unit than ever before and moral is high which is only rubbing off on the album, we really look forward to hitting the road with Jamie and unleashing this complete beast of a new album to our fans."

With the line-up now full, it brings the much-anticipated debut album to a point of near completion and is scheduled for a late summer release, along with an international tour.

Blending a mix of technical structures and hardcore vocals bring you a thought of how does this work so well. Renowned by worldwide fans and youtube channels covered with guitar covers, HOAC have a passion and drive that shines through in their live show getting the crowd involved and leaving a room of chanting fans at any show. Recently welcoming the addition of new drummer noddy, ex fell silent and enter shikari 2011 will see a new album unleashed worldwide amongst numerous tours supported by strong press campaigns, this is the year of Heart of a Coward rest assured!

“Around A Girl In 80 Days” … captures the most brutal and the beautiful sounds that Heart Of A Coward have to offer, be it the intricate tapped solos, aching harmonies or the guttering riffs this song seems to be the best display for the band’s formula.” – AmpJam Music Ezine
HOAC And Surfaces Tour "Not bad for a mob from the concrete jungle of Milton Keynes! Seriously, they were brilliant" - Avangelist Photography
Jamie Graham - Vocals
Tim Beazley - Guitar/Vocals
Carl Ayers - Guitar
Chris Mansbridge - Drums

Heart Of A Coward