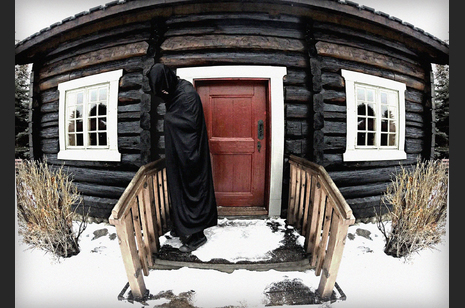 Ghost Bath is an American black metal band from Minot, North Dakota. They gained notoriety for claiming to be from China and marketing themselves that way.

Originally the band claimed to have been from Chongqing, China.Their 2014 record, Funeral, was released on Chinese label, Pest Productions. However, with their most recent record, Moonlover, released in 2015 they have signed to German label Northern Silence Productions. Upon gaining increased media attention including critical acclaim from the music websites Pitchfork and Stereogum the band was revealed to be from Minot, North Dakota and fronted by Dennis Mikula.When asked why the band did not correct the media reporting that the band was from China, Mikula claimed that it was an issue of privacy and further stated "We refused to correct people because we do not wish to put actual faces onto our music. It is our wish as a band to connect to all human beings.