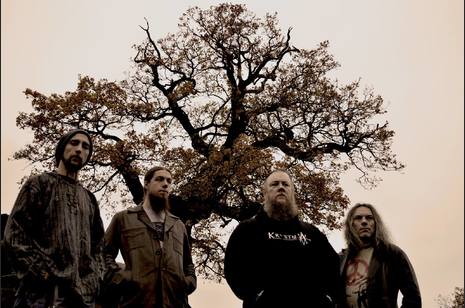 British progressive metaller's BEHOLDER are confirmed to play Bloodstock this August and has promised to deliver a special ‘Reflections’ show featuring a set based entirely on the critically acclaimed album.

The new album ‘Reflections’ (released April 2016) has met to high praise from fans and press alike, with Metal Hammer Magazine claiming the album to be "excellently crafted and crushingly performed...this is without a doubt the most cohesive collection of songs that Beholder have put to their name to so far" and Kerrang! Magazine boldly stating that "Beholder meld the labyrinthine and the massive to imposing effect...it all hangs together with bloody minded, ass-kicking panache"

Hailing from the Midlands UK, Beholder is a hard-hitting progressive metal band that has been delivering the goods since 2003.  With 2 full album releases in ‘The Awakening’ (2009) & ‘The Order of Chaos’ (2013), in 2014 the band embarked on their most ambitious and accomplished album to date, with the realisation and curation of ‘Reflections’.

Over a two year period Beholder has focused on producing an album that replicates their live ferocity, yet showcases creativity along with the desire to capture honest emotions and feelings and place within the melody of the song.  Creating a fierce array of anthemic tracks that embrace both progressive rock and metal genres and forging a musical landscape that Beholder make their own.

In previous releases Beholder has not held back from the fact they are proud of their heritage, yet disillusioned with much the nation, and the world at large has to offer.  This has shaped anger and frustration to the work, and although this remains, 'Reflections' is far more optimistic in its approach and has been interlaced with souring melodies and uplifting chorus hooks to create something very special.

Recorded in the UK, mixed in Norway and mastered in London, ‘Reflections’ offers ten tracks of relentless, pounding sonics interlaced with alluring musical moments that will leave the listener raising their fists, unleashing their voices and opening the hearts.  With Beholders close connection to their fans, the completion of the album was funded by a Kickstarter campaign that reached its target in less than 2 hours. With the album released 12th April 2016 and the band notching up live shows around the UK in support of the new chapter, it’s official….BEHOLDER ARE BACK!

Beholder’s slot at Bloodstock Festival promises to be a highlight of this year’s event, with a number of guests joining the band on stage for the show.  “Beholder’s return to Bloodstock is going to be something for us and the fans to savour”, says frontman Simon Hall, “The monumental feedback we’ve had for 'Reflections' has spurred us on to deliver a show full of surprises and special guests and we also intend to take every precious moment that we put into that album and honour The Sophie Lancaster Stage with fans, friends and family, on Friday 12th August. We look forward to seeing you all there. Bring it on!”