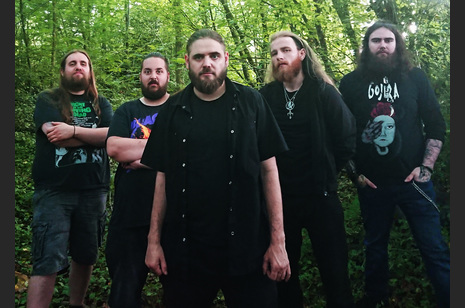 Hailing from English midlands industry town, Stoke-on-Trent, Vulgore are loud, brash and heavier than a Bas Rutten liver kick. Vulgore have been described as 'Groove Laden Melodic Death Metal’ but strive to incorporate many different elements from across the metal spectrum.
Forming in late 2017, Vulgore have already released their first single, ' Scapegoat' and recorded a 5 track E.P to be released soon. Their debut live performance saw them victorious in their heat of Bloodstocks 'Metal to the Masses' competition in Stoke and securing a place in the Final. Currently Vulgore are booking shows across the UK to bring their brand of aggressive heavy Metal to live audiences.

With the impending E.P release, Future live shows, and more material in the works, the boys in Vulgore hope you enjoy the ride.

“It’s an absolute honour to be playing Bloodstock! It’s the beating heart of the British heavy metal culture!  A place where we have watched our icons throw down through the years. I can’t tell you how excited we are to be on the bill with some of the best metal bands on the planet and to get to show Bloodstock what Vulgore is all about!”