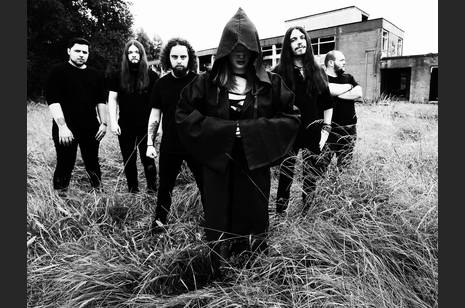 Oracle formed in March 2015, and released their debut single "Take my blood" in August of the same year.  Taking the response from this positively, Oracle went under a vicious writing period to develop their sound and tone their stage craft.

Bouncing back from their writing break, Oracle released new single "Burn the nameless" which tackles hierarchy and false media coverage, on the 3rd of March 2017.
On the 6th of February 2018, Oracle released their debut music video for "No God Waits For You" which was premiered exclusively on Burning Metal Ireland.

This March they released their highly anticipated first E.P “Tales of Pythia”, five tracks that touch on topics which are political, mythological, spiritual and occultic, whilst also dealing with issues that are relevant to their personal lives.  Tales of Pythia is based on the idea that we all live in a prophetic time where a lot of people remain in a state of blissful ignorance, and are too busy occupied with materialistic and secondary distractions to care.

Oracle proceeded to win the 2018 Belfast leg of Metal to the Masses, which means that they will be gracing the mighty bloodstock this summer.
“Its a dream come true for us to be playing the mighty Bloodstock.

We have watched some amazing bands and good friends from Ireland leave their mark on the festival in the last few years, we can't wait to leave ours and to do the Irish metal scene proud!”