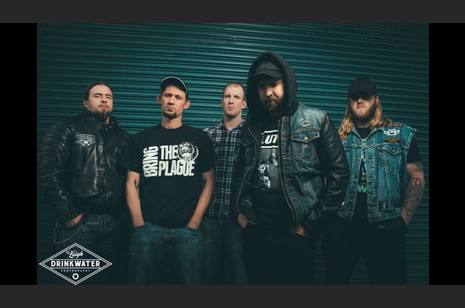 King Bison formed in Plymouth, UK in 2016 after members of Bring the Plague, Huron and Knotslip (A Tribute to Slipknot) got together. Featuring Karl Glover on vocals, Alistair Phippen and Chris Milford on guitars, Chris Harding on Drums and Rohan James on bass, the result was a sound best described as filthy, southern fried Metal 'n' Roll! After organising a launch night gig with other local acts, they went down a storm and soon found themselves getting more offers within the local scene, including all day festivals, charity gigs and Devon and Cornwall Metal 2 The Masses!

After recording their debut EP 'Snake Head Burial' the band had CD's and merchandise made and headlined their EP release show. Since then King Bison have continued to gig, released music videos and have been approached by PR and management companies, and contacted for potential European dates.

King Bison march on through 2018, looking to gig across the UK and start recording again.

King Bison would like to thank everyone who came out and took the time to support us on our journey to Bloodstock 2018! We put a lot of time, passion and effort into our music, and without people making the effort to come and watch us we wouldn't be in the privileged position of performing onstage amongst some of the best bands in the world, and some of the best up and coming acts that the underground has to offer! Also, a huge thank you to the organisers of Bloodstock and Metal 2 The Masses for the opportunity! We would love to see you all headbanging at the New Blood stage, where we will be unleashing our filthy, southern fried, Metal 'n' Roll!