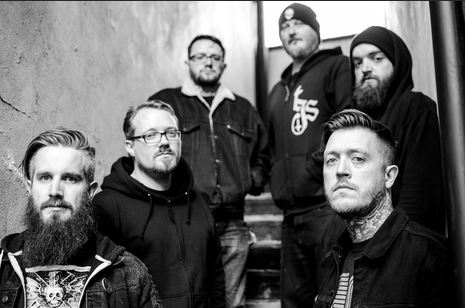 From the ashes of The Final Sigh, Joseph, DSDNT, and A-Sun Amissa, comes atmospheric post-metal band, Hundred Year Old Man, the band have been performing live since 2015. In 2017, Hundred Year Old Man signed with experimental music label Gizeh Records who released their well received debut single 'Black Fire'. In January 2018 the label released the 'Rei' EP with the band embarking on a headline European tour shortly after the release. With a full-length album titled 'Breaching' hot on its heels in April 2018.

Hundred Year Old Man have played well received shows with acts such as Deafheaven, Nadja, OHHMS, Employed to Serve, Wren, and were winners of M2TM of the Scunthorpe region in 2017 meaning they graced the Hobgoblin New Blood stage at Bloodstock.

We are all very thrilled and excited to be returning to Bloodstock, it came as a complete surprise to us to be invited back after playing on the Hobgoblin New Blood Stage last year as part of M2TM. HYOM is a year older now and we feel we'll bring a better performance than we did the previous year.