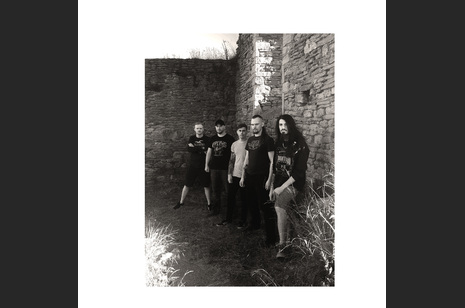 Formed in late 2014, GarshKott was a different animal, with different members and naturally a different sound. Following line-up changes (Guitar & Bass) the band hit the Northampton gig scene in May 2016 with enough power to get noticed by HOP Events, the bands second gig being Metal to the Masses 2016. Of course such a young band was not in any place to get far in the competition but each member became hooked on performing live for such an amazing crowd.
From that point the Northampton scene welcomed GarshKott with fervent enthusiasm and it was not long before they were supporting other amazing Northampton bands such as ‘From Eden to Exile’ (previous M2TM winners) and even Krysthla. The friendships forged in the heat of the stage lights would prove to be the band’s greatest asset along with the support from promoters like ‘Lost Island’ and ‘House of Pain’, driving GarshKott to improve, as individual musicians and as a band.

A narrow 2nd place in Metal to the Masses Northampton 2017 fired the band up still further, building the determination and passion in each member. Through polishing the performance and evolving the writing style, and under the guidance of Neil Hudson of Krysthla and Initiate Audio and Media (with whom they recorded the long awaited EP) GarshKott have become a force to be reckoned with and will continue to enthral, invigorate, mesmerise and terrify any audience member who dares to attend a show.
We are over the moon to have this opportunity to be playing such a well-respected festival. Playing at Bloodstock Festival is something we could only dream of, and now to be playing is surreal.

Along the way we have collaborated with some amazing people such as ‘HOP Events’, who have given us more than just this opportunity they have given us a way to show who we are and have done this for so many others who aspire to be where we are today, also Neil Hudson from Initiate Audio and Media/Krysthla axe man coached us and gave us the ability to record our EP which we are insanely proud of, this is just to mention only a small section of the people who have given us the drive to get where we are and laid the stepping stones ahead of us.

Now that we have reached the path to bloodstock, we understand the opportunity we have been given and will take hold with both hands, using this to both better ourselves and to also use this as a way to meet and create connections/relationships with other bands, promoters and Industry veterans that will be attending the festival.
Bloodstock is the UK’s largest gathering of likeminded metal heads, and this spectacular show gives a massive group of individuals the ability to come together and bring the metal community into staggering heights, to be playing this festival is an absolute honour and privilege.