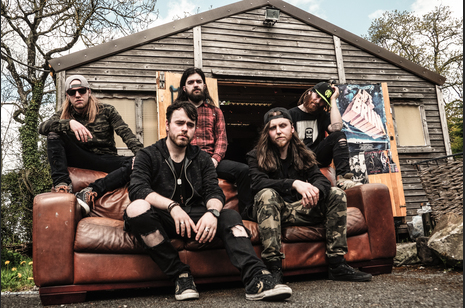 'This Place Hell' are a five piece aggressive metal band born out of a love for heavy riffs, and a disdain for the Irish music scene. Exploding on to the local metal scene in 2014, the then four piece became notorious for their ferocious live shows “...that can only be described as organized chaos” (Shaun Martin, Overdrive.ie).

Since then the band toured extensively within Ireland,  as well as venturing across to the UK, Czech Republic and even as far as Russia, showing why they're known as “...a band that bring intensity unlike many others” (Steve Dempsey, Planetmosh.com). In between tours they released two EP's in “Malice” and “Contempt” being described as “...heavy music to leave you breathless” (Dennis Jarman, Planetmosh.com) and “...a blistering collection of tracks that shows a band that have just taken the gloves off and are ready to take on the world” (Oran O'Beirne, Overdrive.ie). Playing shows with the likes of Heck, Employed To Serve, Jinjer and Dead Label, the band are eager to play as much as possible in as many places as possible.

The band have come into 2018 with new music recorded with Justin Hill formerly of Sikth, a scheduled return to Agressive Music Fest in Czech Republic,and have secured themselves a slot on the New Blood Stage at Bloodstock 2018 as the winners of Ireland's Metal 2 The Masses competition. With new releases on the horizon, This Place Hell are hungrier than ever to bring their live show to stages across the world.

We can’t wait to introduce Bloodstock to This Place Hell. Its an absolute honour to be chosen to perform at one of the biggest metal festivals in Europe with not only some of our favourite bands but some of the biggest bands in the world. This is something we’ve been preparing for, for a long time and now it’s finally happening. This August, we’re bringing everything we have to the New Blood stage.