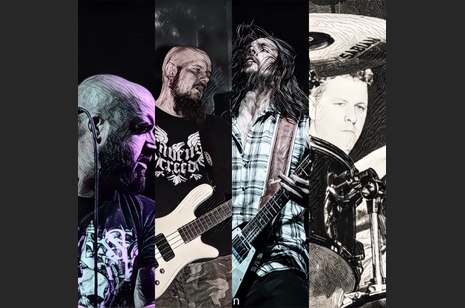 Drudge are a 4-piece stoner rock band from West Cumbria. Formed in 2016 they have been relentlessly gigging and writing new material, playing to larger and further audiences. Drudge are recognised and held in high regard on the stoner/doom circuit.

Drudge have continued to expand their fan base who know to expect their signature doom/groove style. The unique twin vocal layered approach pays homage to the likes of Alice in Chains however the soul of this band lies in the Sabbath-esque riff worshipping. Drudge take influence from the likes of Orange Goblin, Monster Magnet, Pantera and Kyuss.

Speaking about their win, the band said: “We’re thrilled to have secured a place at our favourite UK Metal Festival. Bloodstock has grown into an amazing event and we can't wait to be a part of it. Like last year, this year's competition has been full of great bands and we're just pleased to have come out on top.”

“We want to say a huge thank you to Simon Hall and promoters Servants of Loki for organising and judging the events, to everyone who’s supported us this year, and to all of the other bands who've been involved. Even though there is the competition element, all of the gigs have been great fun to be involved with and for the second year in a row we’ve made some new friends along the way.”

For guitarist Andrew Fitzsimons, this is the second final win in two years after winning last year’s competition with Groove  Tech Metal band Seek Solace in Ruin. He comments “Having had the chance to play BOA 2017, I know what a great festival this is to play and it’s a complete honor to return with Drudge! Behind the scenes they really look after the bands and I can't wait to get back there. See you in August!”