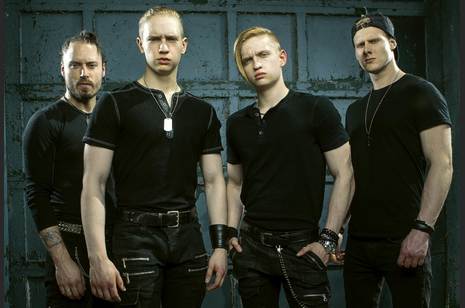 Uncured are a progressive metal band based in NYC that is attracting international attention for its combination of technical musicianship, brutal riffs, and beautiful melodic interludes.

Uncured released its first full-length record "Medusa" on March 10, 2017.  Metalsucks.net wrote that "Medusa" is "a synthesis of all manner of melodic, progressive, technical metal — Dream Theater, Opeth, et al. — mixed with a groovy, almost tribal approach trafficked by ’90s stalwarts like Sepultura and Fear Factory.  Have those two genres ever been mixed together before?  Probably, somewhere.  Have they ever been mixed together before with such finesse and originality?  Certainly not."

Metal Injection reported that "Uncured sounds a bit like old school Dream Theater with some modern tricks thrown in, such as full-on breakdowns and smoking guitar acrobatics.  This is band comprised of extremely talented and promising young musicians."

Uncured recently concluded a 6-week tour of North America with Swedish metal giants Katatonia.  Uncured is quickly gaining a reputation among fans and critics for its aggressive, technical, yet highly diverse live performances.

Metal Assault Magazine reported that "the talent in musical composition and song arrangement was vastly evident right from the outset, and it never ceased to engage and compel.  Uncured’s roots are firmly planted in prog, but also in Scandinavian death metal, and the manner in which they moved from crushing heavy grooves to break into smooth, sexy interludes was beyond exemplary and forced the onlookers to smile in admiration."  Shutter 16 Magazine simply stated: "just wow, the raw talent of such a young fronted band is outstanding.  Formed, written, and lead by two teenagers, is truly insane."  The magazine continued that Uncured has "the sound of old school metal with an influx of modern solos and rhythms, while vocally pulling from a death metal side of things.  The solos were the contrast to their music, very progressive sounding and very technical, whereas their song structure was brutal and heavy."