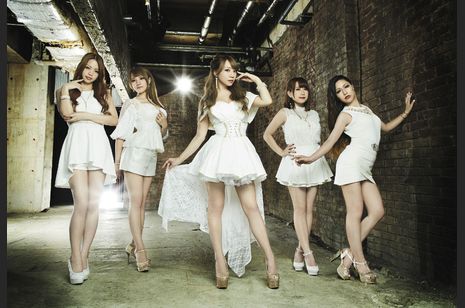 Citing influences that include Iron Maiden, Anthrax and Sodom, band leader and bass-player miho comments, “I really wanted to perform heavy metal in a band with other women, and create the kind of music that even non-metal fans would say ‘wow, metal is so cool’ about. That’s why I created LOVEBITES. I’d love to do so many great things with the band, and THE LOVEBITES EP is the first step for that.”

The members of LOVEBITES are no strangers to the music industry. Founding members miho and haruna have been session musicians for a number of top acts, and were originally part of the popular all-girl metal band DESTROSE. Vocalist asami – who has been doing classical ballet since the age of two, and studied jazz and hip hop dance in the United States of America – has toured as backing vocalist for the likes of VAMPS (JPN) and UVERworld; guitarist midori has been signed to a major Japanese label where she built a reputation for the speed of her guitar solos; mi-ya has been playing piano since the age of three and is also in a band with SIAM SHADE’s bass-player called 21g.

We are thrilled to be coming back to the UK where we had our first gig outside of Japan and to be at Bloodstock Open Air, a kick-ass festival we have heard so many great things about.  We are also very honored to be performing on the same day as such metal greats as Judas Priest, Emperor and Doro, representing different parts of the world.  We're ready to rock Bloodstock as a proud representative of Japan!