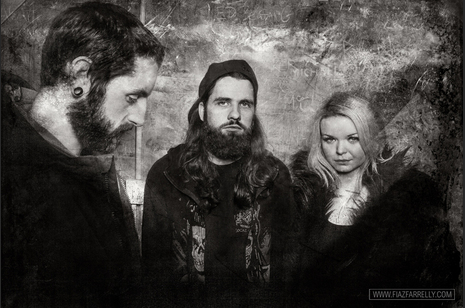 With a legacy that has already involved touring with some of the world’s most exciting metal acts, across three continents - not forgetting an impressive amount of critical acclaim from a host of respectable media outlets, DEAD LABEL have finally released their first new track since their highly acclaimed ‘Throne of Bones’ sophomore LP last June.

Released on March 7th and  gaining over nine thousand views in the first week, ‘Pure Chaos’ sees DEAD LABEL capture the essence of their live sound and enhancing it in a recorded environment. With the last two years being of significant importance, due to their debut North American 40 date tour, (which saw them perform in 30 states), DEAD LABEL gained significant international interest following a vast amount of European, UK and Irish dates, with the likes of Machine Head, Gojira, Fear Factory and Raging Speedhorn to name but a few.

Having already been confirmed for Hammerfest UK in March 2018, Dead Label will continue to track demos for the follow-up to ‘Throne of Bones’ with plans to enter the studio later this year, before December dates with SiKth in Ireland.