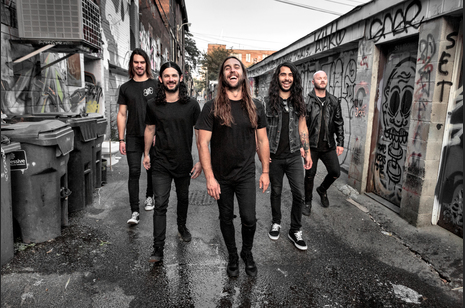 Formed way back in 06, The Lazys are not newbies on the scene.

They paid their dues in bars and dives all over Australia for years, releasing a few EP’s along the way before deciding to make a break for it.  So they packed bags and went to New York City to record a new album.

Then things took a surprising turn in Toronto at Canadian Music Week where they were booked to play 3 shows in 24 hours. The first was to 10 people but they spread the news like wildfire. The second gig attracted prominent booking agent Ralph James, who signed them on the spot!  And at the third, Ian D’Sa, guitarist for Billy Talent, became an instant fan and soon a collaborator.

The band and D’Sa co-wrote “Shake it Like You Mean It” and “Black Rebel” over Skype between Australia and Canada, then recorded the tracks in Vancouver with GGGarth Richardson (Rage Against The Machine, Nickelback, Red Hot Chili Peppers).

The songs were added to the already completed self-titled album, and released on Pheromone Recordings (Joel Plaskett, The Dears). “And they went Top 10. Which is crazy,” says Matty. “From all of that, we built a relationship with Ian, then decided to do a full album together.”
Enter, Tropical Hazards...
The Lazy’s are:
Leon Harrison - Vocals
Matty Morris - Lead Guitar
Glenn Williams - Bass
Liam Shearer - Rhythm Guitar
Andy Nielsen - Drums