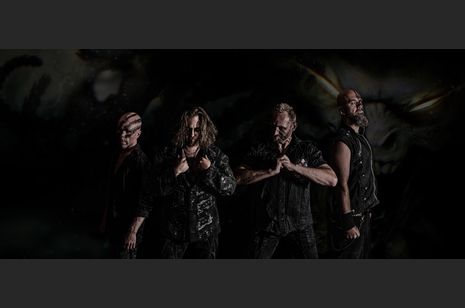 Guardians Of Time have been around for two decades, and has become known as one of the leading heavy/power metal bands from Norway.
They’ve released 5 albums, the latest, “Tearing Up The World” featured guest appearances by Abbath and Tim “Ripper” Owens, was released late 2018. The music is versatile, with each album bringing something new to the table, earning them great reviews from all over the world.

Focusing on in-your-face heavy metal and live performances filled with circus, power and energy, the band is always focusing on giving the audience what they want; a heavy metal party to remember!

We are absolutely fucking thrilled to finally be reaching the UK! And what better way than on BOA!? Bloodstock, get ready for some fast pace heavy metal with a Norwegian accent. In other words; we are really looking forward to this, kind of like our forefathers did before us a 1000 years ago. Kidding…See ya