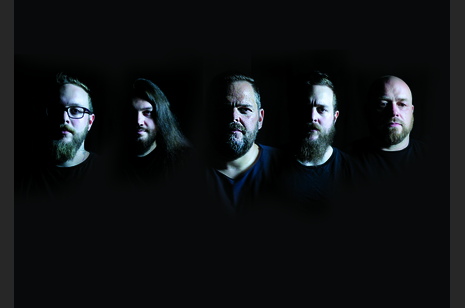 Black Falcon have been delivering riff-fuelled, distortion driven and uplifting sounds since their inception in 2015. Beginning with their debut EP, Living in Me, released September 2016, the band went on to release the follow-up single, Devils Chase Him, before the release of their highly acclaimed debut album, Turn Around and Face the Sun: an anthemic, high-energy body of work, boasting Black Falcon’s own unique blend of heavy riffage, smooth grooves, blistering guitar solos, thumping bass and gigantic lyrical hooks. During their career, Black Falcon have played a string of hugely successful live shows throughout the UK, sharing the stage with the likes of L.A. Guns, and being the main support for U.S. rock giants Puddle of Mudd on the U.K. leg of their recent tour. Widely regarded as one of the most ludicrously thunderous, high octane and highly entertaining live bands on the scene, Black Falcon have cemented their place as a force to be reckoned with, both on stage and in the studio.

Black Falcon are truly honoured to have been chosen to play the Jägermeister stage at this year’s Bloodstock Open Air festival. Having played through each round of the Metal to the Masses competition in Leeds and sharing a stage with some outstanding talent, we are now preparing to bring Bloodstock the mother of all sets, and really show everyone there what we can do. Massive thanks to Bloodstock and the M2M crew in Leeds for giving this opportunity. We will not disappoint.