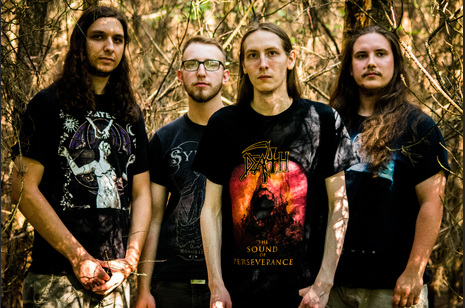 Elyrean was formed at the end of 2015 by Asa Jones (Bass/Vocals) and Daryl Payne (Drums), with the aim of breathing new life into Thrash Metal. After spending nearly 2 years in a state of revolving guitarists, they found a complete line up with Dan Kraushar (Guitars) and Will Edwards (Guitars). Influenced by the likes of Sylosis, Death, Revocation, The Black Dahlia Murder and Kreator, they set themselves on a mission to produce Thrash Metal with a Technical edge whilst blending a mix of other influences, such as Doom, Death and Black.

Since 2018, the band have released 2 singles ("Where Shadows Dwell" and "Blacken The Sun"), performed at the likes of HRH Metal and Thrashersaurus, and plan to release their debut E.P, "Blacken The Sun", during the latter quarter of 2019.

Melodic, savage and uncompromising in their vision, Elyrean are here to push the boundaries of Thrash Metal, whilst proving they can Thrash as hard as the best of them.

Elyrean are very excited to be a part of this year's Bloodstock, being diehard fans of the festival for many years and having spent many hours dreaming of such a moment to arise where they can grace the hallowed grounds of Catton Park. To share a bill with bands they adore, such as TesseracT, Death Angel, Xentrix and Skeletal Remains, is the biggest honour for them and they can't wait to Thrash the New Blood Stage to pieces as they lay waste to the festival grounds.