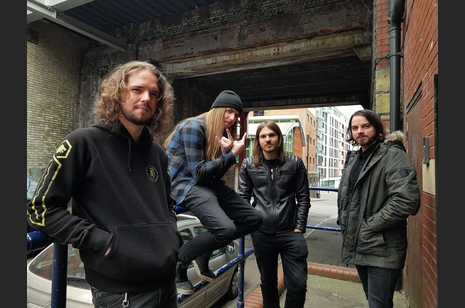 We are an Alternative Metal band from Manchester, UK formed in 2016. Our music consists of hard-hitting guitar parts, aggressive bass and drums and powerful vocals all backed by atmospheric synths. We combine influences from bands such as Gojira, Periphery, Machine Head, Slipknot, and many more to create a wall of sound delivered by an energetic and passionate performance.

We released our debut self-titled EP in the summer of 2016 which was recorded at The Motor Museum in Liverpool, along with a free instrumental track at Christmas. Both of which can be downloaded from our Bandcamp here - https://saurrmusic.bandcamp.com/album/saurr

We are currently in the mixing stage of our new EP ‘Twisted’ which will be released in the near future.

We’ve been competing in Metal 2 the masses Manchester for three years now which has allowed us to play with some amazing bands, meet new people and be a part of such a great community. Although each gig has been incredible, nothing compares to actually having the chance to play Bloodstock Festival! We’ve developed so much as a band over the last 3 years and can’t wait to bring all we’ve got to the Hobgoblin New Blood Stage! It’s such an honor to be a part of UK's biggest metal festival!