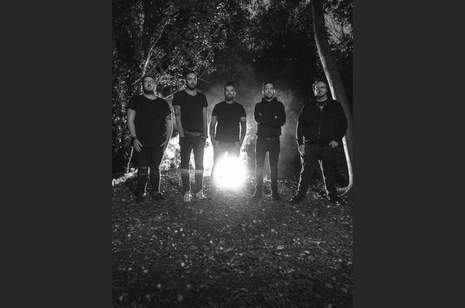 The Hope Burden are an atmospheric post-metal band from Oxfordshire, UK. Formed originally as an instrumental outfit in late 2015, the band soon expanded the line up to include Josh Day on vocals.

The aim has always been to create expansive soundscapes with a cinematic scope, combining heaviness and stark melodic passages. With influences ranging from post-rock to black metal the band have created a sound that crosses genre divides.

Extensive local gigging preceded the band’s debut 3-track EP ‘Decline. Despair. Decay’ which was released for free on most platforms in June 2018. The EP won Oxford music magazine Nightshift’s ‘Top Tracks’, leading to free studio time and 2019’s live single release of ‘Waves Dissolve’, with an accompanying live studio video.
The band have been branching out of their local area and gaining momentum on the UK circuit in recent months and are currently in the process of writing new material for a future release.

We are overwhelmed to be given the opportunity to play the New Blood stage at Bloodstock this year. Its been a long road to the final, and we never truly thought we would make it to Bloodstock with such a depth in talent across the other bands in the competition.

We are very much looking forward to bringing our sound to a wider audience on what will easily be our most high-profile show to date.

The Hope Of Burden