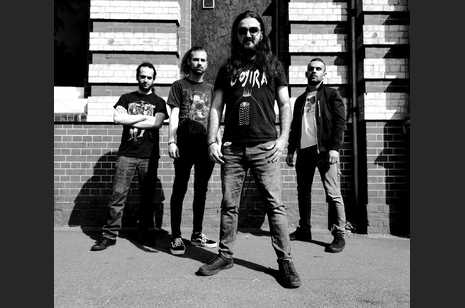 Formed in 2007 in Nicosia, Cyprus and influenced by the status of society and people’s own personal struggle, STORMCAST sought to write music to express themselves and create something that defines them.

In the early days, STORMCAST presented a blend of various metal genres while often giving off an atmospheric/melodic black metal vibe. The band started out by playing cover songs mostly inspired by bands such as Rotting Christ, Moonspell, Septic Flesh and Hypocrisy while also experimenting with forming their own sound through writing their own material. By 2009, the band had released their first 4-track demo entitled 'SCORCHED EARTH', which earned the band a considerable following in the Cypriot Metal community.

Since then, the band has earned opening spots for well known acts such as Sabaton, Rotting Christ, Stratovarius and Nightstalker. The biggest live success for the band came in 2013 when they performed at MetalDays festival 2013 in Slovenia as winners of a competition held by the festival. The band performed next to bands such as Meshuggah, InFlames and King Diamond, while also being rated as one of the Top 10 bands of the entire festival by U.S Metal webzine 'Eternal Terror'.

After being signed by Pitch Black Records in 2014, the band released their first full length album entitled 'FRAME OF MIND' in the later part of the year. The album received excellent reviews and response from metal related press such as The Metal Observer (8/10) and AngryMetalGuy (4/5), while also received Cypriot Metal Album of 2014 award from the readers of Cypriot metal e-magazine, Chromium Sun.

After a band hiatus from 2015 to 2017, the band has made their return with their brand new album entitled 'THE GHOST EATER'.2018 marks the monumental return for STORMCAST as with their new line-up, currently based in Brighton UK, they plan to engage with and play for metal music fans all over the world!
Mike Angastiniotis (Vocals, Guitar) Diogo Jones (Guitar) Panayiotis Chrysostomides (Bass) Dinko Pehlic (Drums)

Words can not describe how privileged - and absolutely ecstatic - we feel to be given this amazing opportunity to perform on the New Blood stage at Bloodstock 2019.
These kind of opportunities are exactly what upcoming bands need to present themselves to new audiences and we feel immensely grateful that this has been offered to us.
We will be giving our 100% to the Bloodstock crowd and we will have a hell of a time on stage - you won’t want to miss this! See you at Catton Park!