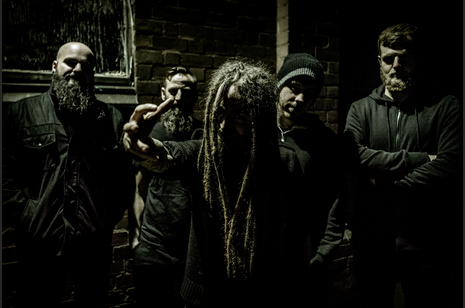 Djinova are a 5 piece metal outfit hailing from the depths of Coventry in the midlands. Combining elements of new and old school death metal with modern deathcore, they wield a potent arsenal of complex riffs, odd time signatures, and brutal breakdowns which they blend with intense blast beats, rapid slap bass, and guttural vocals in order to create their unique flavour of filth. This sick cacophony has not gone unnoticed and they have supported touring bands such as Cattle Decapitation and Annotations Of An Autopsy.

Following a recent lineup change, the band have gone from strength to strength, progressing through Coventry M2TM 2019, after debuting the new lineup in the first round, to secure themselves a slot on the Newblood Stage in the summer.
Following on from the momentum of the competition, the band are planning to hit the studio to record the follow up to 2016's 'Scapegoat' and continue to make waves within the underground circuit.