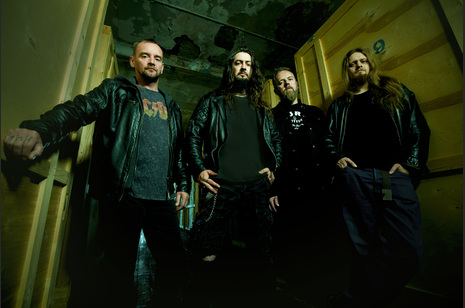 Hailing from the North West of England, Xentrix was formed in 1985 by guitar player Chris Astley. After numerous changes to the line up they signed with Roadrunner records and entered the studio to record their ﬁrst album 'Shattered Existence' with producer John Cuniberti (Vio-lence, Forbidden, Joe Satriani).

The nineties saw them play with bands such as Testament, Sacred Reich and pagan thrashers Sabbat. The legendary Tommy Vance of the BBC Radio 1’s Friday Rock Show  brought them down to Maida Vale studios to record a session for the show where they performed a thrash version of the 'Ghostbusters' theme tune, which was already a favourite with stage divers at their live shows. Xentrix went on to tour Europe with Canadian label mates Annihilator, open for Brazilian thrash giants Sepultura and tour Germany with Alco-Metal outﬁt Tankard.

2013 saw the band reunite and play a storming set at UK’s Bloodstock festival and go on to play further dates with Kreator and Overkill.

With new vocalist, Jay Walsh (Bull-Riff Stampede) now at the helm and new material written and recorded, Xentrix are ﬁred up and eager to return to doing what they love the most, playing live.

Jay Walsh – Vocals/Guitar
Kristian Havard - Guitar
Chris Shires - Bass
Dennis Gasser - Drums
Bloodstock is undoubtedly the biggest UK festival for all those who live and breathe metal music. Xentrix are really excited to be playing the Sophie stage once again, we couldn't have chosen a better place to showcase our new line up. See you in the pit!