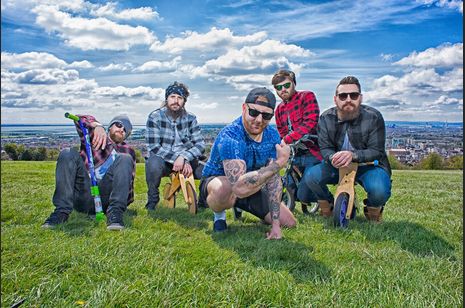 Seething Akira are a 5 piece Electronic rock band from Portsmouth in the South coast of the UK. Combining rock riffs, rap and harmonic vocals Seething Akira are truly unique and standout with their electric live shows.

Well, what can we say? We’re absolutely ecstatic to be playing the best metal festival in the UK! It’s been a dream of ours since we started out! We’re thankful for the Metal 2 The Masses competition to simply be given the opportunity! We can’t wait to smash it!