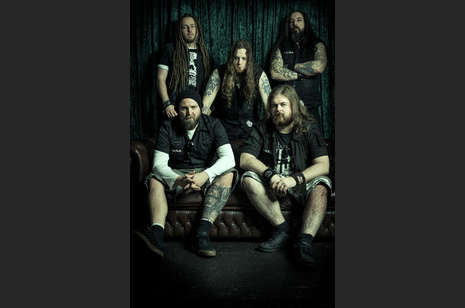 "Pure fuckin’ metal delivered with maximum vitriol. This band rules harder than Josef Stalin." - Dom Lawson
With fire and no fear on their side, 2017 sees GraViL rise from the big smoke with the release of their new album 'No More Forgiveness' and the melodic death metal group from London are pulling no punches.

‘No More Forgiveness’ is the follow up to GraViL’s debut album 'Thoughts of A Rising Sun’, which saw the band perform live at Download Festival, Hammerfest and tour the UK with HellYeah.

We are honoured to be a part of Bloodstock Open Air 2017. Each year this spiritual home of heavy metal somehow betters the year before. We have each spent a lot of time on the hallowed ground of Catton Park, witnessing stunning new bands, the earth shattering veterans of the main stage and embracing the metal music community that we have come to call our family.  Now we are privileged to grace the SOPHIE stage, who's very name represents the strength and pride of our brotherhood. See you there!