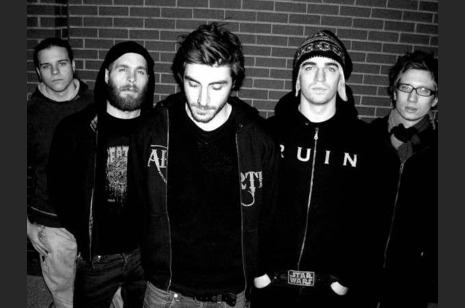 Formed in Ashford in 2005, Bossk rapidly gained recognition following their 2006 debut release, '.1' , on the QnotQ label and extensive touring with an impressive list of bands, including Cult Of Luna, The Ocean, Yndi Halda, Baroness, Capricorns and The Hope Conspiracy.

Bossk .2 was released by Eyesofsound in October 2007. Touring on the back of the release saw the band play shows throughout not only the UK with the likes of Devil Sold His Soul and Ephel Duath but also, venturing into Europe with Cult Of Luna and Humanfly.

During early 2008, after an extensive jaunt around the UK with Kruger, original members Nick (Drums) and Rob (Guitar) left Bossk. Replacements were found and Bossk were soon back on the road with Textures for a brief stint in Holland. May 2008 saw the band play their 200th show and first headline show at the Islington Academy in London.

Bossk unfortunately called it a day in October the same year. Previously unreleased live material will feature on a Split 12" with label mates Rinoa, out early 2009.
Reformed in 2012.