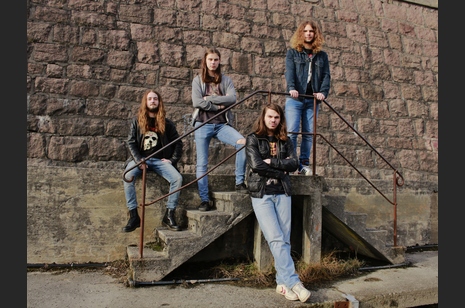 By the start of 2015, we were starting to experiment with the polar opposite musical backgrounds of the two guitarists Michael and Daniel, and went from the pure thrash influences from bands like Sepultura, to more melodic and progressive arrangements.

After winning a handful of local band-battles, we decided to set sail for Wacken and Bloodstock, which took us to our current situation.

Vorbid has released one EP, «Vorbid» (August 2016), recorded at Mølla Studio, with Knut Magne Valle (ex-Ulver/Arcturus) behind the mixing table. Our EP is available on Spotify and iTunes (among others) but also on physical format. The song “Violation of a Human Mind” can also be found on Spotify, and was recorded a year earlier. In May 2017, we will start recording our debut album and aiming for an early 2018 release.

Vorbid is extremely excited about playing at Bloodstock 2017. It's going to be an experience we'll always remember, since we're going to play the same festival together with most of our heroes. We will put on a fantastic performance, and hopefully the crowd will think the same!