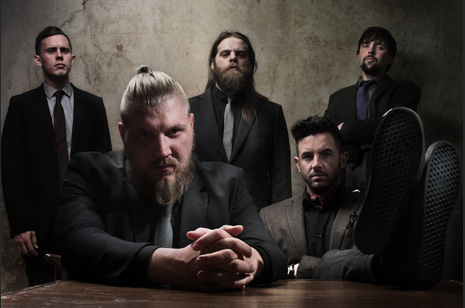 “… few bands will come close to the bludgeoning, groove-driven intensity of London-based miscreants Abhorrent Decimation. Death metal takes myriad forms these days, but it’s hugely satisfying to hear a band that have mastered the genre’s spirit and brought it so vividly and violently to life.” - The Guardian
Since their formation in 2013, Abhorrent Decimation has been steadily building a legion of loyal fans. Two infectious and highly acclaimed death metal records, Infected Celestial Utopia and Miasmic Mutation, with the latter being heralded by Metal Hammer as “one of 2015’s must-have death metal records”; there’s a pace to this band and it shows no sign of slipping. Razor sharp performances and tours across multiple countries alongside bands such as Hour of Penance and Benighted has earned them the respect of their peers and an adoration from the metal media and fans alike.

Things progressed further in 2016 when the band signed a 3 album deal with Prosthetic Records, who will release the bands highly anticipated second full length this summer.

We are absolutely delighted to return to Catton Park for Bloodstock 2017! Our first appearance on the New Blood stage back in 2014 was a real catalyst for us as band and remains one of our gigging highlights to date. To be invited back to play the S.O.P.H.I.E stage is a dream come true. By the time Bloodstock 2017 comes around, our new album would have been released via Prosthetic Records. We will be playing that new record in its entirety and we guarantee a spectacular production during this set at Bloodstock!