Band Profile for WHILE SHE SLEEPS - boa-2021 | Bloodstock 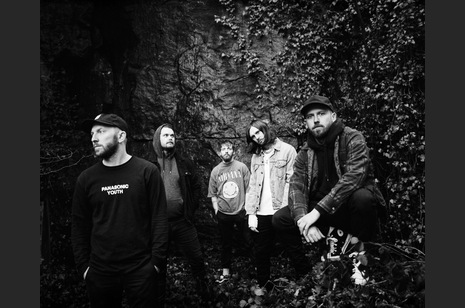 While She Sleeps are a British metalcore band from Sheffield. Formed in 2006, the group consists of vocalist Lawrence Taylor, guitarists Sean Long and Mat Welsh, bassist Aaran McKenzie and drummer Adam Savage.

They are currently signed to their own label Sleeps Brothers in the UK and in collaboration with Spinefarm Records in the US and UNFD in Australia. They have released three EPs, And This Is Just the Start, Split and The North Stands for Nothing, and five studio albums, This Is the Six, Brainwashed, You Are We, So What? and Sleeps Society.

They received the Best British Newcomer award at the Kerrang! Awards 2012. The group has maintained the same line-up since its formation, with vocalist Taylor being the only bandmate who is not an original member. Despite this, he has still appeared on every release apart from the group's first two EPs.