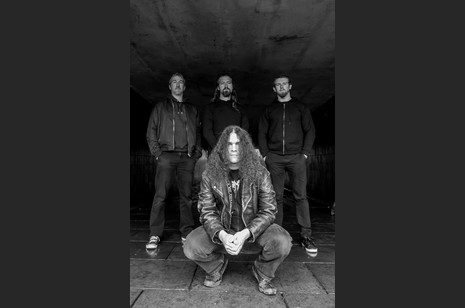 Strangle Wire was formed by four guys determined to leave their mark on the worldwide Death Metal Scene. Having been collectively involved in bands for over several decades, Strangle wire is a band built on experience. Branding themselves as Psychological Death Metal, Strangle wire deliver fast, groove laden and devastatingly heavy music.

Since the release of their first single 7" Narcissism in 2017, and their first MCD The Dark Triad in 2018, the band have played several high profile shows. These include, Decimation Fest in Madrid, and the Las Vegas Death fest, as part of a two week US tour. 2020 Saw them enter Foel studio, with producer Chris fielding, to record their debut album, which the band is preparing to release.

We are both thrilled and honoured to be playing Bloodstock Festival, one of the strongest festivals in the UK, and a great platform for extreme metal. Without a doubt this will definitely be a career highlight.