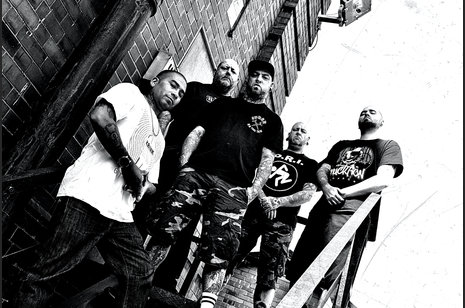 The EP was recorded, mixed and mastered at Monolith Studios by Charlie “Squid Commander” Wilson in Tottenham (September 2020). The EP also features a cover version of The Last Resort’s “King Of The Jungle”, featuring a guest appearance by non-other than Brit Oi legend, Mr Arthur Kitchener, father of Lee Kitchener (BORSTAL guitarist).

“BORSTAL are very excited to be offered the great opportunity to play Bloodstock Open Air Festival this coming August. We’re looking forward to playing a crushing set that will set the tone for the whole weekend... See you in the pit!”