Band Profile for HEART OF A COWARD - boa-2022 | Bloodstock 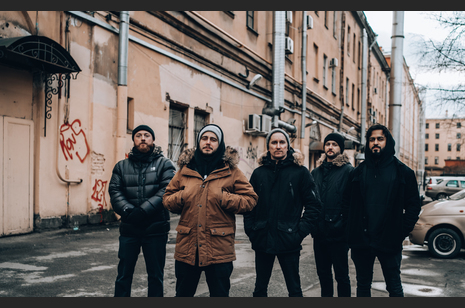 HEART OF A COWARD have come a long way since their inception in 2009 - racking up admirable praise from press and fans alike, not forgetting the countless touring miles under their belts. Defined by their sheer power and tenacity, HEART OF A COWARD are celebrated stalwarts of the British metal scene, known for their dynamic live shows and masterful performances. Their focus has always been on producing crushing, yet discerning heavy music; their sound defined by its combination of pure force and expertise, complimented by more subtle, emotional moments and personal narratives. Withthe addition of new front-man Kaan Tasan, HEART OF A COWARD released The Disconnect, their 4thstudio album, in 2019 and are excited to herald in a new era, alongside a myriad of possibilities that new creative blood holds.

Formed in Milton Keynes in 2009, HEART OF A COWARD have released three albums to date; Hope And Hindrance (2012), Severance (2013) and Deliverance (2015). Hope And Hindrance was self released – together with their debut video for ‘Shade’ it laid down the foundations for their sound, garnering the band a reaction they’d never anticipated.

The positive feedback spurred them on, seeding the realisation of what could be possible if they knuckled down and continued honing their craft.
With Severance and singles ‘Deadweight’ and ‘Distance’ they achieved just that and some more – mixed by Will Putney, the record saw HEART OF A COWARD bulldoze their way through the mob, making the metal world stand up and take notice. It packed a heavier punch alongside more traditional song structures; “Such purpose, poise, power, and panache are not attributes you would often associate with a band at such early stages of their development, but Heart of a Coward firmly hold all of these traits within their grasp” Pop Matters on Severance in 2014.

heart of a coward