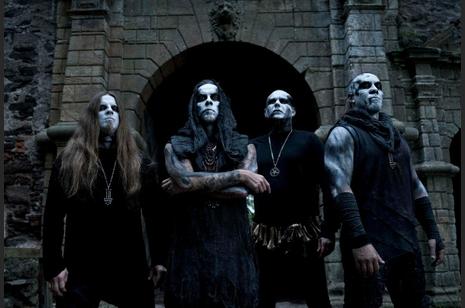 30 years of blasphemy and bring on 30 more! What better night than All Saint’s Eve to celebrate this most unholy anniversary than with us as we present the most ambitious project of our career to date, ’30 Years of Blasphemy’. Legions, when I say this is the ultimate cinematic Behemoth experience, I cannot express how much I mean that. Another huge risk for us but as always, we go feet first and push our limits. The result will be a sight to behold. We’ll see you in The Forest…and more” - Adam ‘Nergal’ Darski.

After the success of Behemoth’s last live-streaming endeavor, In Absentia Dei, Behemoth is back for their most ambitious project to date. Performing beloved bangers from throughout the 3 decades of their career, in 3 mesmerizing locations spanning the scorched ruins of a Slavonic Forest to the surreal surroundings of a burial site; the leaders of extreme metal present a cinematic experience unrivalled in its profanity. At 30 years, Behemoth celebrates a career of hardship, persecution, and ultimate triumph. As leader of Behemoth, Nergal has faced many challenges under the banner of Blasphemy in Poland and so it seems fitting that on this most wicked of occasions, Behemoth celebrates their Blasphemy in the most sacrilegious of settings . There will be many tricks, there will be plentiful treats. Something wicked this way comes!

The event will air three times to allow legions all over the world to watch at the optimal time for them: 6pm JST/8pm AEDT (Asia, Australia, New Zealand), 6pm GMT (UK, Europe, Africa) and 6pm PDT / 9pm EDT (North & South America). Ticket holders will be able to watch the show via 'Video On Demand' for 24hrs after the initial screening (in each specified time zone).