Born out of the desire to build a festival the like that had not been seen since the glory days of Donnington's Monsters of Rock, two individuals from totally different backgrounds came together to bring their fellow Metalheads the best Metal festival in the UK, BLOODSTOCK.

Organisers Paul Gregory and Vince Brotheridge first came together when Paul was looking for someone to build his website. Paul met Vince through a mutual friend and soon it became apparent that although their backgrounds differed, their taste in music didn't. After a succession of meetings they agreed to form Amust4music, the umbrella for all bloodstock.

Paul has lived in Derby since he was born, so when he and Vince were looking for a venue for Bloodstock, the Derby Assembly Rooms seemed the ideal solution, surrounded by pubs local eateries and accommodation.

They have the location they had the name, all they needed now was an identity an image to help establish Bloodstock's roots, this is when Paul had the idea of using some of Derby's folk law, 'The Derby Ram' ( No one knows for sure who first spotted 'the finest ram that ever was fed on hay'. Legend has it that this fabulous, fearsome beast was ten yards tall, had a tail like a bell-rope, and the teeth of a regiment of men. The butcher who finally slaughtered the ram was said to have drowned in its blood ).

The first headlining band confirmed to play Bloodstock's first show in 2001 was Saxon. This came about as Paul had the good fortune to make the acquaintance of the Band 'Saxon' and their indomitable singer Biff Byford in 1984. He was commissioned to do the artwork for the album and the stage designs, the album was 'Crusader', now a classic in the annals of rock. Paul has painted ten albums to date for the band and has developed a great friendship with Biff and the boys. Saxon were very supportive of Bloodstock and were happy to Headline the very first one day show, alongside Primal Fear, Glenn Hughes, Blaze, Skyclad, Return To The sabbat and many more. 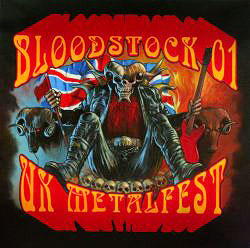 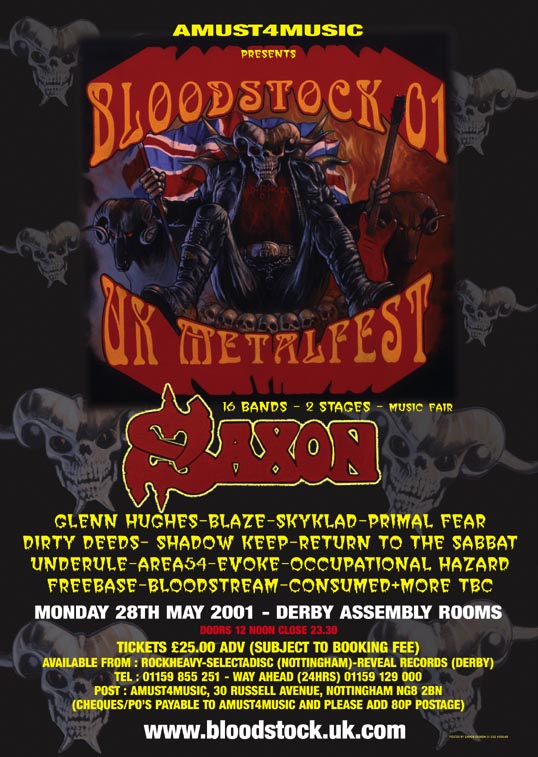