Having truly come of age the previous year, 2009 saw Bloodstock Open Air embarking on the next phase of its development. With Bloodstock firmly established as a major event on the UK rock festival calendar, the team used the kudos and leverage they’d gradually built up to take everything to the next level. From sound, lights and staging, entertainment and sideshows, right down to food, drink and other amenities, 2009 was a year to remember.

In keeping with a consistent pattern, audience numbers were once again up, as over 9,500 fans from the UK and overseas flocked to see one of the best line-ups of metal on offer anywhere. The atmosphere, both out front and backstage, was amazing, as was the weather, always a bonus in Britain!

The unsigned stage was busier than ever and packed to the roof, as Bloodstock extended its commitment to promoting up-and-coming metal talent. Well over 30 new bands were showcased, including several who later returned to Bloodstock on a bigger stage.

The Sophie Lancaster stage, too, was bustling throughout the weekend, with too many outstanding performances to mention them all. Pythia, Malefice, Xerath, The Rotted and Abgott were just a few of the bands who kept the punters entertained and the festival’s second stage growing in quality and stature.

Friday’s main stage activity was kicked off by NWOBHM veterans Blitzkrieg, after scheduled opener Million Dollar Reload got lost in the winding country lanes which surround the festival site. The hapless rockers did, however, make it in time to follow Blitzkrieg and from then on in, it was a seamless day of metal mayhem. The line-up had something for everyone including gothic gloom from Katatonia, classic British metal from Bloodstock veterans Saxon and some top notch thrash from Municipal Waste and Teutonic terrors Sodom, who were playing their first UK gig in 20 years. The day closed with amazing sets from Arch Enemy and headliners Carcass, who were on a hugely-popular comeback trail and on the best form of their lives.

Saturday on the main stage was time for a raft of European bands to strut their stuff, including Bloodstock favourites Wolf, Swedish doom legends Candlemass, German thrashers Kreator and the returning Blind Guardian who put on a spectacular show. Britain held the day, however, with a headline slot from the one and only Cradle of Filth which, although sadly cut short, showed us once again why they’re one of the biggest UK metal bands of the last two decades.

The Bloodstock forums exploded when it was announced that Swedish melodic rockers Europe would headline the final day, some in favour, and some not so sure! After the UK’s own Beholder got the main stage fired up, there followed yet another fantastic day of music with stunning performances from Swedish power metallers Sabaton, Merseyside miserablists Anathema and Finnish battle metal crew Turisas, who turned in what was surely one of the best performances of their entire career. Things just got better as the Scandinavian contingent of Amon Amarth and Satyricon played their hearts out, finally paving the way for Europe’s festival-closing set. In the end, the Swedes took Bloodstock by the scruff of the neck and rocked our socks off. After a stunning show and a mass sing-along of their anthem The Final Countdown, they left the stage vindicated, victorious and grinning like lunatics!

After such an exhilarating weekend, the Bloodstock team went into preparations for the festival’s tenth anniversary charged with energy and full of enthusiasm. More bands and fans had rocked, and the positive press and plaudits kept rolling in. By the fans, for the fans… we knew we must be doing something right. 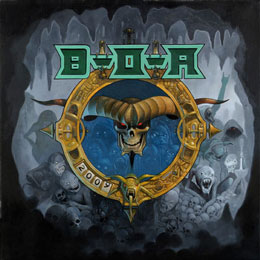 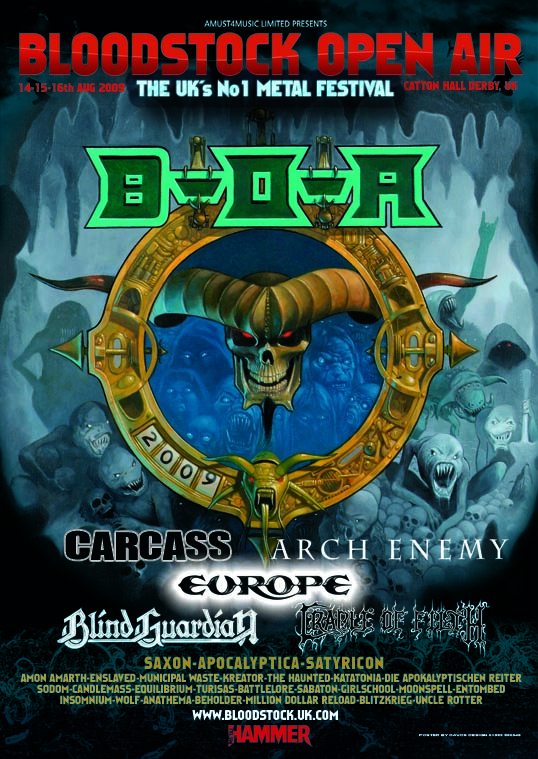