2007 was a record-breaking year for Bloodstock Open Air. We added an extra day to the festivities and secured out biggest line up in the festivals history starting with Testament as our Thursday headliner. We soon followed this announcement with Lacuna Coil headlining Friday and In Flames to headline the Saturday. The rest of the line up came together pretty quickly after that.

Bloodstock’s official website was totally overhauled and every spare minute of the team’s time was dedicated to building the festivals profile in every way possible. One of the most successful additions to the website was the facility for unsigned bands to upload their own music videos to allow thousands of metallers around the globe to vote for their favourite world wide unsigned band. This winning band 'Sight Of Emptiness' came all the way from Costa Rica to open the main stage on the Thursday evening to rapturous applause.

Our objective in 2007 was to literally double the attendance of the previous year’s open air which saw well over 2,000 fans attend in 2006.

All we had to do now was make sure that all the true metal fans around the UK were also aware of Bloodstock’s fantastic line up.

One of the largest record stores in the country 'HMV' agreed to display our posters, flyers and sell tickets for us and the same can be said of as many independent record stores who were only to happy to support Bloodstock and the UK metal scene. This was also the first year that Bloodstock saw a huge shift in the amount of support from the media. The metal magazines have always supported us but now we had sky TV and radio that had a core metal fan base thirsty for a festival such as Bloodstock Open Air.

Well as everything else was now in place and tickets were shifting nicely, the weather decided to throw a bit of a spanner in the works as the summer of 2007 proved to be the wettest summer in over 50 years. As luck would have it about 1 week before the festival the weather abated and the roads eventually cleared …Hoorah ! !!

Over 5,000 fans turned up and braved the wet to celebrate Bloodstock’s most successful Open Air to date and to those of you who were there ………WE SALUTE YOU! 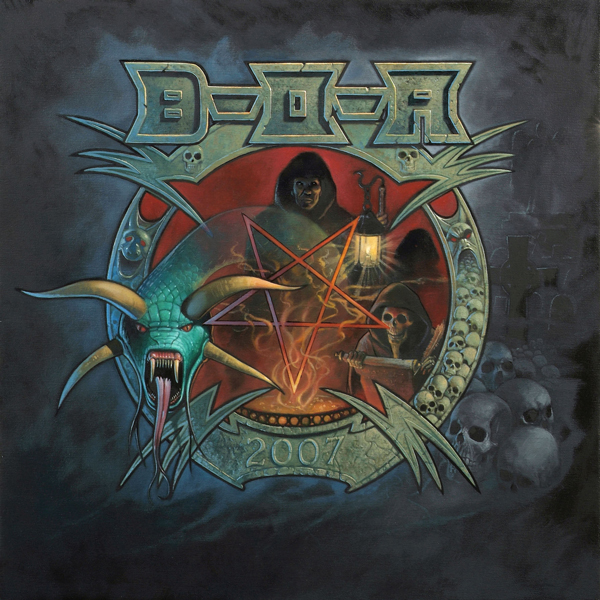 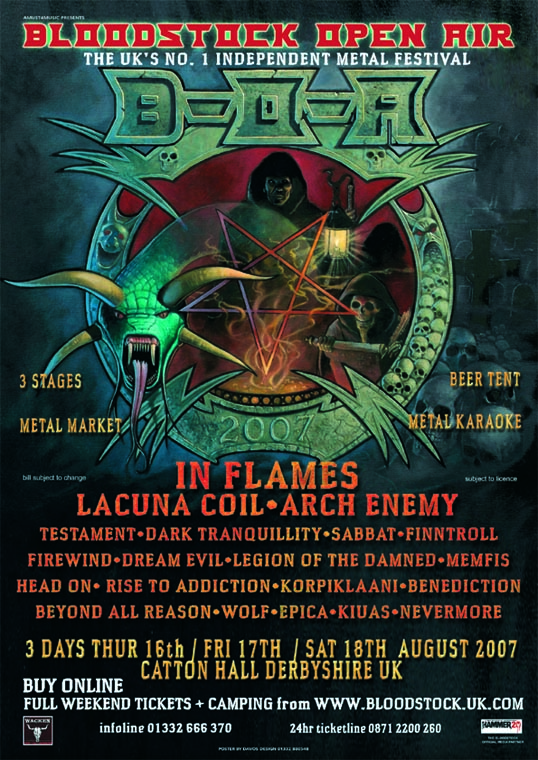