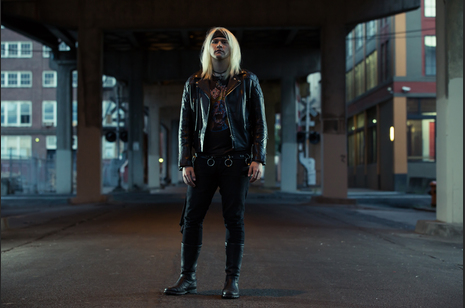 TOXIC HOLOCAUST mutated into existence in 1999, when Joel Grind merged his love for classic punk and metal and the flash of L.A. hard rock into his ideal band. Like his influences, TOXIC HOLOCAUST featured blazing riffs, gravel-throated vocals, and a deadly fixation on the evil in man and a post-apocalyptic world.

Joel Grind and TOXIC HOLOCAUST return with Conjure and Command, the band’s long-awaited new full-length and followup to An Overdose of Death.... On Conjure..., the trio burns through 10 ferocious tracks of the band’s toxic heavy metal. “Bitch”, “Nowhere to Run”, “I Am Disease”, and “Agony of the Damned” are nothing short of instant TOXIC HOLOCAUST classics that explode from the speakers with unbridled intensity and beg to be heard live. Conjure and Command is TOXIC HOLOCAUST at the height of their powers, and an unstoppable barrage of all-out, evil metal.