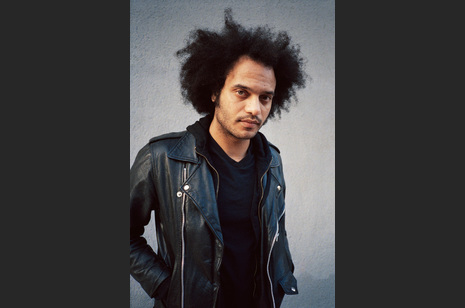 Even by their own admission, it’s been an unexpected journey for Zeal & Ardor.

In 2013, American-Swiss musician Manuel Gagneux asked users of 4chan for suggestions of disparate genres he should try splicing together. One response was to mix black metal with old American slave songs. Intended only as an one-off recording, the project grew legs, first with a full-length debut album, Devil Is Fine – which streamed in the millions - then a spot at The Netherlands’ prestigious Roadburn festival in 2017.

In 2018, the band released their second album Stranger Fruit, an even more fearless work that took their name far beyond the world of metal. The Guardian newspaper called it "extraordinary and brilliant", while Metal Hammer applauded its "sheer musical brilliance," and Rock Sound declared it, "one of the most uniquely daring and wholly affecting albums of 2018." By Christmas 2018, the UK's largest free newspaper Metro declared 'Stranger Fruit' their #2 Album of the Year in a cross-genre list, declaring "in this jaw-dropping meld of black American folk music and black metal, the Swiss artist Manuel Gagneux has hit upon something genuinely original."

This was followed in March 2020 by the release of the double-live album Live In London, caught at a blistering show in December 2018. Then, in October 2020, amidst a provocative and stimulating 18-month profound period of reflection - that led to the writing of the forthcoming self-titled album - the band quietly shared the striking, standalone 6-track EP, 'Wake Of A Nation'. Their intense third album, crystallising everything the band are, will be released in February 2022.

Today, Zeal & Ardor are an avant-garde metal force, hugely respected for their artistic fearlessness and off-the-wall creativity in a scene so often unwilling to break its own chains. It’s something reflected in the huge range of audiences the band have performed to, playing at everything from the Montreux Jazz Festival, to Download, Lowlands, Wacken, Reading & Leeds, The Great Escape, & Primavera Sound, with Hellfest, Graspop, & ArcTanGent to come in 2022. On top of this, the band are hitting the road in the US with Opeth and Mastodon, and in Europe with tech-metal legends Meshuggah, including a show at London’s prestigious Royal Albert Hall.

“It's insane,” Manuel laughs. “I try not to think about things like opening for these huge acts and playing big festivals, I just kind of get through it. I kind of believe it was that that naiveté that brought us here, because this started as a really playful, kind of dumb, ‘let's just try it’ thing. And I think that's a huge part of the charm of it all. It wasn't a planned, calculated effort. We have to just revel in the weirdness of it all.”

Manuel has gone even further into the rabbit hole on the new, 14-track album, while also trying to understand the beast he’s created. Recording all instruments except drums himself with Marc Obrist at Hutch Sounds, and mixed & mastered by Will Putney at Graphic Nature Audio, the album is as artistically unexpected and surprising as you’d want from such an uncompromising musician. But this time, the madness comes with a more condensed focus.

“It’s very experimental,” says Manuel. “We never wanted to paint ourselves into a corner. In the past, we always left little windows open where we could do synth stuff, or do this and that. It seemed fun, but not very focused. Whereas this record is more straight lined –it’s where we want to be sonically.”

The writing took three months, with Manuel working alone in his basement to capture ideas as spontaneously as possible. Most songs stemmed from a vocal line, around which he built the rest of the music, working out where to put riffs, or hang sonic adornments like a Theremin.

“The more I brood over a song, the more it dilutes it,” he says. I've written a couple of songs that I've revised and worked on over periods of years. Without exception, they’ve just got worse and worse! So I figured, ‘let's bang them out and take a snapshot, and that's it.’”

Thematically, the album continues in, “that alternate history thing where black slaves turned to Satan to rebel”, but unlike the overtly political Wake Of A Nation, Manuel has opted for a shroud of enigmatic mystery this time around.

“I kind of wanted to just make music again without it obviously meaning anything,” he says. “People spin their own narratives to music, but if you go in and say, ‘No, actually it's this and this,’ it kind of fucks it up for everyone. So it's as vague as ever. It does mean something to me, and I have messages that I put in there for myself, but I'm kind of hesitant to say, ‘This is exactly how it is meant to be interpreted.’”

Where the Satanic element of Zeal & Ardor is clear, though, is beyond the cover art that references the hands of the Baphomet, and in their artistic freedom itself.

Referencing such bondless artists as Mike Patton, Devin Townsend and Bjork as inspiration, though Manuel admits he’s not a practicing diabolist, the spirit of Satan comes through loud and clear on the record.

“Modern Satanism is all about self-fulfilment and the appreciation of the ego and actually making things happen for yourself,” he says. “We're a band that has our own niche, for better or worse, but we're doing exactly what we want with no rules. I think it's analogous to Satanism.”

And if Satanism is also about opposition, then Zeal & Ardor embody that in their resistance to the dull, the drab, the usual. It makes the proposition of their third record a truly exciting one. If it challenges people – even his own fans – so much the better.

“If I upload a video and there's just likes on it, I think I did something wrong,” laughs Manuel. “It's never unanimous. But that’s good, because if you if you're divisive, I think then you have something of value. If you conform to others’ expectations, it’s just popcorn, it’s boring.

“I'm excited to ruffle some feathers.”