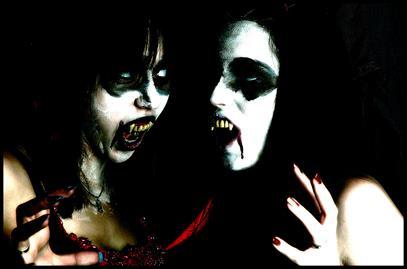 The clock is ticking with just over a week before the metal hoardes descend on the hallowed turf of Catton Park for BLOODSTOCK 2015!

BLOODSTOCK have announced a special themed ‘after hours’ party night for Saturday in the Sophie Lancaster tent, in homage to the iconic actor and heavy metal fan, Christopher Lee who sadly passed away last month.  The ‘Vampires & Zombies’ theme will permeate the air once the bands have finished for the evening, and there will be prize giveaways to the best dressed, so come sporting your best vampire or zombie look and maybe you could win tickets to BLOODSTOCK 2016!

The BLOODSTOCK signing tent have also announced some confirmed acts.  Expect to see DELAIN, ENSIFERUM, 1349, ORANGE GOBLIN, NUCLEAR ASSAULT, ARMORED SAINT, WOLF, KORPIKLAANI, BELPHEGOR, XERATH, OVERKILL and RAGING SPEEDHORN all ready to say hello and sign your stuff!  More bands are still to be added! Serpent’s Lair VIP ticket holders get priority access, so if you’re thinking of upgrading your tickets, hit the ticket store at www.bloodstock.uk.com and be one of the first in line for those artist scribblings!