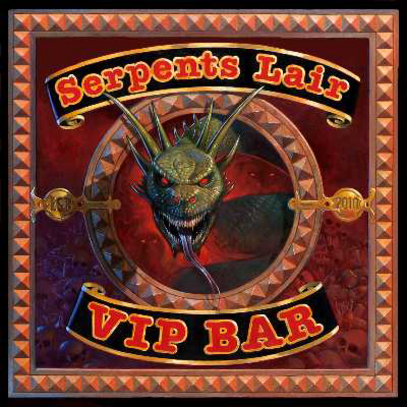 With Saturday headliners, GOJIRA and Sunday headliners, NIGHTWISH already announced for next year's event, 2018 is shaping up to be another stellar year for BLOODSTOCK.

The first wave of Serpents Lair VIP tickets (priced at £290) go on sale at 9am this Monday 4th September, for those who want their VIP spot guaranteed.  A second wave, including Deluxe VIP packages (Luxpads, Bellepads, Podpads, etc) and a limited amount of VIP upgrades will then become available on 16th December at 9am.  Don't delay this year if you want to join us in the VIP Serpents Lair, as they're sure to sell out even faster as people make sure they don't miss out after experiencing VIP for the first time in 2017.

Standard weekend tickets are currently available at ‘early bird’ prices (just £125 for four days of metal fun) and are moving very quickly, so grab yours now at the ticket store if you want to save £20!  In order to keep up with inflation and extra costs in 2018, standard weekend tickets with camping will increase from last year's £139 to £145 once the ‘early bird’ allocation is gone.  The limited allocation of VIP upgrades (for those who've bought early bird tickets) will cost £145.

Meanwhile, remind yourself of this year’s festival by watching this exclusive live footage of Friday night headliners, AMON AMARTH performing ‘Guardians of Asgaard’ over at BLOODSTOCK’s official YouTube channel - https://youtu.be/-KT0W-3uTfA.

BLOODSTOCK Director & band booker, Vicky Hungerford comments, “We’ve been blown away by yet another incredible year in 2017!!  Our first sold out festival, great weather, stunning performances from bands across all stages and the atmosphere this year had to be the best yet!  We love and appreciate the BLOODSTOCK faithful, both old and new and they've certainly shown us what the metal community is all about.  We’ve hit the ground running for 2018 with two perfect headliners already announced and one more to follow shortly… exciting times are ahead."