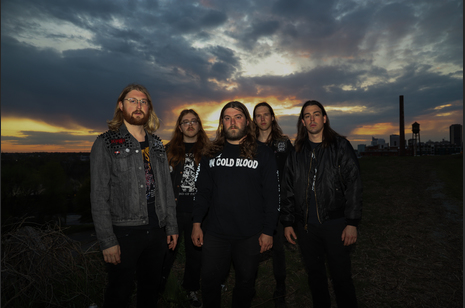 Formed in 2016, ENFORCED picks up where Sepultura and Cro-Mags left off and infuses their own volatile, hardcore fury into the hardcore/thrash crossover sound of the late '80s. Fronted by a voice that could only belong to that of a madman and unloading nonstop blazing riffs and pummeling breakdowns in every track, the band demolishes everything in their path, leaving a trail of smoldering wreckage and pure decimation anywhere they perform.

ENFORCED's impending “Kill Grid” LP features 9 brand new tracks recorded by the band’s long time engineer and producer, Bob Quirk. The record is being mixed and mastered by Arthur Rizk (Power Trip, Cavalera Conspiracy), who also remixed and remastered the band’s last effort, “At The Walls”. In addition, the legendary Joe Petagno will be producing the cover artwork for “Kill Grid”.

The decimation has yet begun. The 2019 declaration of total war on stage from ENFORCED remains in 2020. ENFORCED is a must-hear for fans of classic crossover/thrash from Sepultura, Demolition Hammer, and Devastation, as well as modern shredders Skeletal Remains, Foreseen, and War Hungry.